Homes for Sale in Dunwoody, GA

Homes for sale in Dunwoody, GA range from condos around the commercial & business Perimeter District, and townhomes and single family homes as you move farther away from interstate 285 – some communities even feature their own swimming pools and tennis courts. Dunwoody, GA was incorporated in 2008 and is located just outside “the perimeter” of interstate 285. It is northeast of Atlanta’s city center, and has some of the best public schools in DeKalb County. Dunwoody Village is the historic heart of the community and features distinctive Colonial Williamsburg architectural styles. The Perimeter Center and Perimeter Mall has fabulous shopping and dining. The Perimeter District is one of Atlanta’s largest job centers due to many American corporate headquarters being located here such as the InterContinental Hotels Group, Porsche and Walden Security. 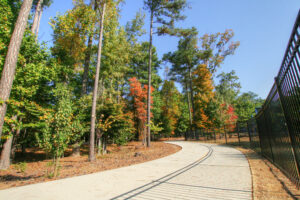 Dunwoody Park is a 35-acre park that includes two baseball diamonds, a serene nature preserve with hiking trails and Wildcat Creek, as well as nature classrooms in the non-profit Dunwoody Nature Center. 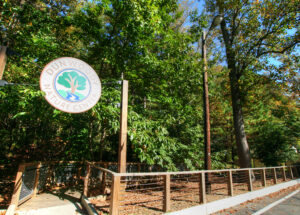 The Spruill Center for the Arts begun in 1975 and is a private, non-profit organization, whose mission is to foster understanding and appreciation of the visual arts, by offering a diverse program of classes, professional artist exhibition series and outreach programs for the community. 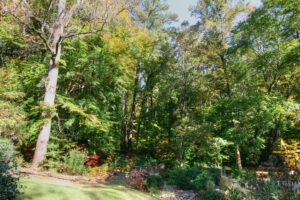 Another well-known feature in Dunwoody, GA is the prestigious Dunwoody Country Club, a private country club of 200+ acres consisting of golf, tennis, swimming, fitness room, event facilities including ballroom, restaurant and bar. The membership is only available by invitation, and the club regularly hosts charity events and youth activities for its members.

Search below for a particular area or simply scroll the current homes for sale in Dunwoody, GA listed below:

My wife and I had two wonderful experiences with Collette and her team. Collette was highly recommended by a few close friends, and their recommendations were spot on. I now see how Collette is ranked…

We had the privilege of working with Collette and her talented team during the sale of our previous home and the purchase of our current home. From start to finish, they were incredible. Collette’s kn…

Check out this article featuring an interview with Collette McDonald, real estate agent in Atlanta, GA on how she started... END_OF_DOCUMENT_TOKEN_TO_BE_REPLACED